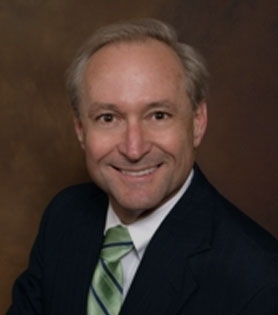 Mr. Foster has been practicing with this firm as a civil litigator since graduating from law school in 1983. He practices in the area of torts and insurance law, personal injury law, including products liability law, and workers compensation. He has had extensive experience in personal injury cases (auto accidents, slip and fall, work related injuries) and the all-important insurance and other S.C. state laws governing the practice in these areas. He has had over three decades of experience trying cases before juries, with over 200 estimated jury trials in the state and federal courts of South Carolina. In recognition of his experience in trying cases, he was nominated and accepted in the American Board of Trial Advocates (ABOTA) South Carolina Chapter, in 2016. The American Board of Trial Advocates is a national association of experienced trial lawyers and judges dedicated to the preservation and promotion of the civil jury trial right provided by the Seventh Amendment to the U.S. Constitution.

He has also helped shape the developing personal injury and insurance laws through appeals to the states two highest appellate courts. The numerous appellate decisions can be viewed in the representative cases below.

His training and degree in Mechanical Engineering give him an analytical approach to problem solving in complex cases, and technical aspects of science, flammability and material properties which allowed him to become successful in litigation of fire cases causing injury and death through product liability cases of the flammability of home furnishings such as mattresses and upholstered furniture. He has settled numerous cases involving burn victims which appear in the representative cases below. He has given interviews to national and regional television networks concerning these cases, and in 2005, has co-authored an article in the ATLA (2005) publication with an expert witness co-author Joseph B Zicherman .

He has also made television appearances on national and regional newscasts which have featured some of the fire cases he has settled:

Is there a time bomb in your sofa? a furniture flammability article by Robert P Foster and Joseph B Zicherman, ATLA Nov. 2005

Lawing vs. Trinity Manufacturing and Matrix Outsourcing, Opn. No. 5166, S.C. App., Filed Aug. 21, 2013. (Product liability case. Court reversed grant of summary judgment to defendants, granting new trial to Plaintiff Lawing, holding that Lawing, who was an employee in a pipe rack cutting pipe causing sparks to fall upon the product at issue, plastic bags of sodium bromate, a highly flammable combination which caused an explosion, was a “user or consumer” of the product as defined under S.C. Product Liability Act and entitled to bring strict product liability claim. Further, that the sophisticated user doctrine is the law of S.C., and was not preempted by the federal OSHA law which required the bags to be marked as hazardous materials. Lawing vs. Trinity Manufacturing and Matrix Outsourcing, Opn. No. 27594, S.C. App., Filed Dec 2, 2015. On further appeal to the S.C. Supreme Court, the Court went further, striking the distributor's defense of Sophisticated User under the facts of the case, and granting a new trial on Strict Liability. (liability without a showing of fault, or negligence)

Wallace Graham v. Progress Energy, Inc., 2010 U.S. App. Lexis 13086 Decided June 25, 2010, unpublished. (Mr. Graham used candles to illuminate his home the evening following Power Company's wrongful termination of electric service. He forgot to blow out all candles and a fire fell on a sofa. The ensuing fire caused him catastrophic injuries. The Fourth Circuit overturned a grant of summary judgment, holding the trial court erred in finding no proximate cause because it was unforeseeable Graham would forget to blow out the candles before retiring to bed. Progress' web site urged the use of caution in placing candles for light during power outages. The NFPA evidence also showed 34% of all home candle fires occurred with unattended, or abandoned candles during a study from 1999 - 2001)

State Farm Mutual Automobile Insurance Company v. Dorothy C. Gunning, 340 S.C. 526; 532 S.E.2d 16; 2000 S.C. App. LEXIS 82 (Insured could not stack UIM from vehicles not involved in the accident, so no recovery, despite argument that rules of stacking did not apply to first "back home" vehicle, since there was nothing to stack onto)

Hicks v. Piedmont Cold Storage, Inc., 335 S.C. 46; 515 S.E.2d 532; 1999 S.C. LEXIS 72 (The Supreme Court reversed, holding the corporation received no benefit from the activity. The Chief Justice dissented, stating the company benefited indirectly because the manager would have more time to spend on plant business if the car was fixed on Saturday.)

American Security Insurance Company v. Archie 0. Howard, 315 S.C. 47; 431 S.E.2d 604; 1993 S.C. App. LEXIS 90 (Lack of meaningful offer of UIM coverage; coverage rolled on and stacked for each vehicle with UIM coverage, but in amounts limited to the limits of owned vehicle involved in accident)

Becker v. Estes Express Lines, Inc., 2008 U.S. Dist. LEXIS 20400 (Court ruled South Carolina law of negligent entrustment not limited to use by intoxicated driver only, in death case resulting in truck accident caused by truck driver with history of seizures, which was known by his employer)

Sizemore v. Hardwood Plywood and Veneer Association, 114 F.3d 1177 (4th Cir. 1997) (Court affirms grant of summary judgment to plywood trade association, in spite of association members submitting misleading testing of its member' product, to code officials considering regulation of flammability of product, causing code bodies to be misinformed about the true nature of the flammability of the product.)

*Selections are made by Law & Politics, a division of Key Professional Media, Inc. of Minneapolis, Minn. Each year, Law & Politics undertakes a rigorous multi-phase selection process that includes a statewide survey of lawyers, independent evaluation of candidates by Law & Politics' attorney-led research staff, a peer review of candidates by practice area, and a good-standing and disciplinary check. Attorneys do not pay for the honor of inclusion and the only way a lawyer can be included is through the selection process.

Is there a time bomb in your sofa? a furniture flammability article by Robert P Foster and Joseph B Zicherman, ATLA Nov. 2005