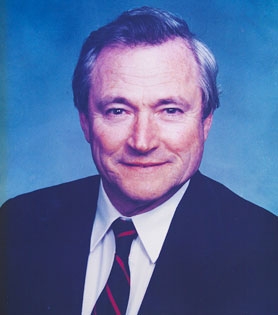 Founding attorney Paul J. Foster Jr. was born to a homemaker and garage mechanic in 1928. After both receiving his Eagle Scout award, and, serving his country in the United States Marine Corp as a first lieutenant, Paul J. Foster Jr. Graduated cum laude from the University of South Carolina School of law in 1956. While there, he was selected as a member of Wig and Robe, and as editor and chief of the South Carolina Law Quarterly. He founded the Foster Law Firm in Greenville S.C. in 1957. He was best known by his peers as a lawyer's lawyer. His high intellect, combined with his quick wit and humor, attracted juries and lawyers alike to his legal positions. His humor and high standing in the legal community allowed him to talk to judges in ways no one else could. He could break the ice in a room full of tense lawyers with his crafty wit. He always had something positive to say about everyone he came in contact with, but for a few. With his vast legal experience before juries, well over 200 times, he had tales to tell, and could deliver gold nugget after gold nugget of sound legal advice, both on the law, and on its practical application to the facts at issue.

He was an excellent doer, as well as teacher of the law and how to practice it. Younger and older lawyers alike looked to him for both legal and practical advice about cases, about people and what choices were best in tough times. He briefed and argued eleven cases resulting in opinions from the state's highest court, the South Carolina Supreme Court. He was a champion to the clients fortunate enough to hire him. As a testament to the continuity and stability of the Firm, even after his death in 1999, all of the Firm's current attorneys, as well as recently deceased partner Robert E. Hoskins ( 2016 dec., 26 years with Firm), have been with the firm their whole legal careers!

Mr. Foster was atop all of the service organizations who rate lawyers annually, as well as those professional associations to whom he was so well respected. He was a member of the governing body of the South Carolina Bar, the House of Delegates from 1980 to 1990. After his passing in 1999, as one of the highest honors which can be bestowed posthumously, Paul Foster was inducted into "Memory Hold the Door" in 2000. This annual memorial was established in 1958 " to preserve for the inspiration of future generations the spirit and the high ethical and professional standards of past leaders of the legal profession - by acclaiming and extolling their virtues. The honorees represent a true honor roll of the legal profession, selected by their peers as best exemplifying the qualities of integrity, professionalism and skill required of the bench and bar."

He was a great and genuine man who, 17 years after his death, is still talked about in the community and legal circles.